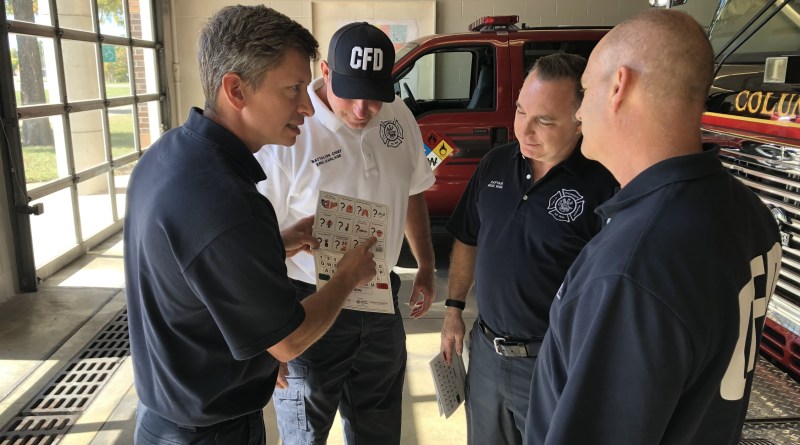 Columbus firefighters will be better able to communicate with community members with autism and other verbal communication limitations after the donation of communications boards for emergency vehicles provided by the Autism Society of Indiana and Today’s Champions.

The devices displays photos, symbols and pictures meant to aid people who have limited verbal language skills, so they can express themselves to emergency workers. Those who need help can use several methods to communicate using the boards, including gestures, pointing or blinking their eyes.

Columbus firefighters have been trained on using the boards. All front-line  emergency apparatus at all six Columbus Fire Department stations have been equipped with the boards.

Chief Andy Lay says that about two thirds of all the department’s calls are for emergency medical responses, where communicating with a patient or family member increases firefighters’ ability to assess and treat a patient.