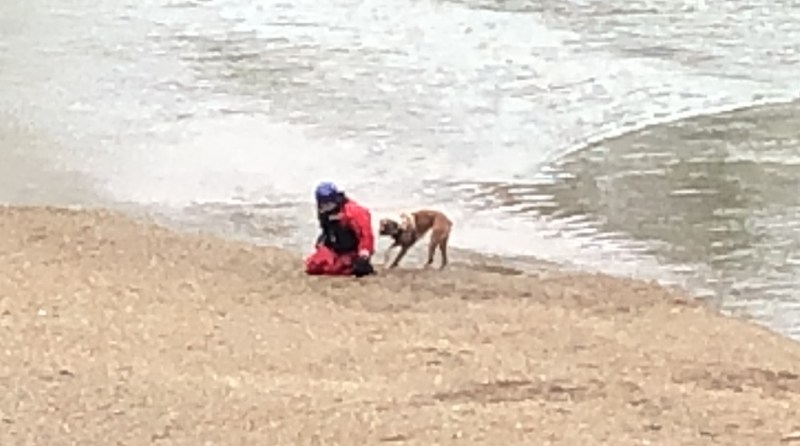 Columbus firefighters rescued a dog trapped on a sandbar on the Flat Rock River Thursday afternoon.

According to fire department reports, Columbus Animal Care Services had been trying to rescue the dog for 30-45 minutes, including dropping it some food from the bridge. The dog tried several times to swim away, but the water was moving too quickly and it kept returning to the sandbar.

Firefighters were called to the 3400 block of North National Road at about 12:27 p.m. where they came up with a rescue plan.

A witness recognized the dog and called its owners, who arrived on scene. They said that Kobe, a one-year-old boxer, had jumped a fence Wednesday and had been missing since 10:30 p.m. the night before.

Kobe seemed unharmed after being marooned and seemed excited by the attention, firefighters say.