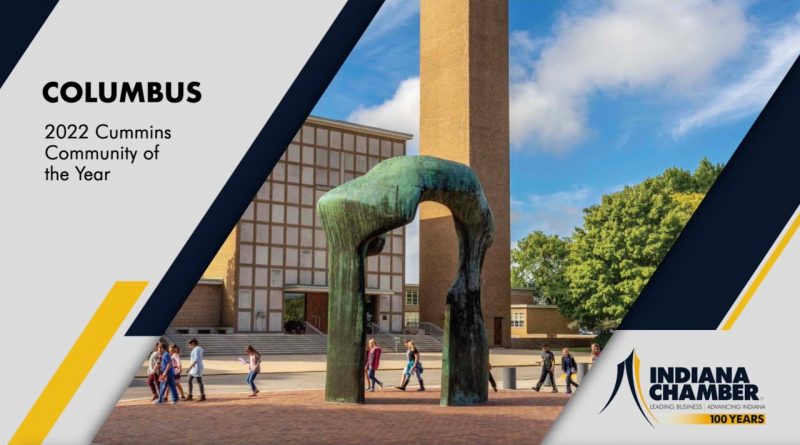 Columbus was officially recognized as the 2022 Cummins Community of the Year at a ceremony last night in Indianapolis.

There were also comments from Cindy Frey, president of the Columbus Area Chamber:

First announced in August, Columbus was selected after a thorough review of all cities under consideration. Those nominations came from the communities themselves or through individuals recognizing an area’s progress and commitment to its businesses and citizens. They were then reviewed by a five-person Indiana Chamber panel.

Columbus-based Cummins signed on to be the award’s title sponsor,  after learning of Columbus’ recognition.

Columbus was one of the first community of the year recipients from the Indiana Chamber, back in 1992.