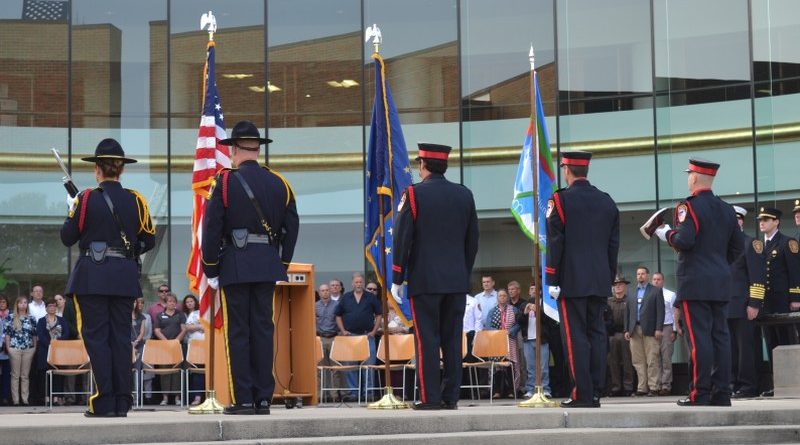 Columbus emergency workers will be observing the 21st anniversary of the Sept. 11th attacks with a ceremony at Columbus City Hall.

The outdoor ceremony will begin at 8:40 a.m., on Sept. 11th with a moment of silence at 8:46, the moment the first plane struck the North Tower of the World Trade Center. There will be a dispatch over the emergency radios honoring the nearly 3,000 people who lost their lives that day in the attacks on New York City, the Pentagon and on Flight 93, that crashed in Pennsylvania.

Members of the Columbus Fire Department and Police Department Color Guard will take part in the ceremony. The ceremony is scheduled to last about 30 minutes.

The Columbus Fire Department will also be hosting Versiti Blood Center of Indiana for a blood drive with a goal of collecting 30 blood donations. It will be from 8 a.m. to 2:45 p.m. at the City Hall. If you are interested in donating you can schedule an appointment online at donate.indiana.versiti.org