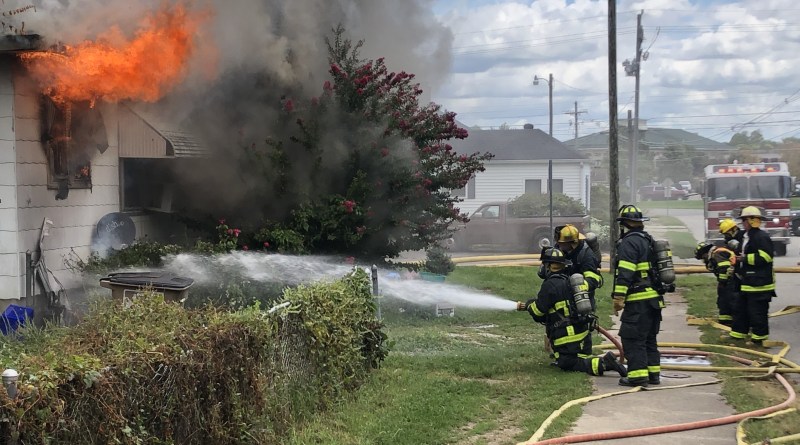 According to reports from the Columbus Fire Department, firefighters were called to the 1900 block of Keller Avenue on a kitchen fire at about 12:36 yesterday afternoon. Firefighters discovered heavy smoke and flames at the rear of the home and the fire was getting close to a gas service meter on the outside.

Columbus firefighters attacked the blaze from the outside and sent a team inside, who say their efforts were hampered by heavy smoke, high heat and a large amount of debris in the home, which was helping fuel the fire. Firefighters cut holes in the roof to help get rid of the hot gases and smoke. The fire was under control within about 30 minutes.

The homeowner said that she had been cooking, when she went outside to get produce from her garden. She discovered the fire on the stove and tried to put it out with a towel, which caused a minor burn. She was treated at the scene and declined to be taken to the hospital.

The fire was ruled as accidental. Due to the damages, the home is unlivable but the homeowner did not need assistance finding a place to stay.

Cooking fires are one of the most common types of fires in the U.S. and leaving a stove unattended is one of the more frequent contributing factors.