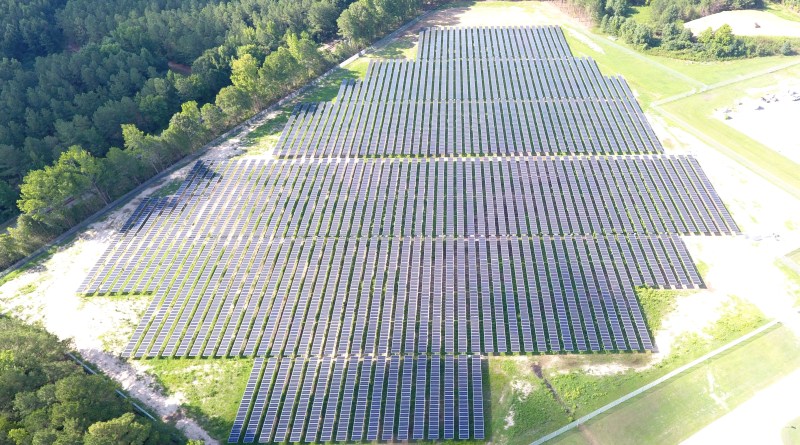 Cummins says it is going online with the company’s second largest solar array, at its plant in North Carolina.

The Columbus based engine manufacturer announced yesterday that the solar array at Rocky Mount Engine Plant in North Carolina is second only to an array at the Cummins plant in Beijing, China, one of the company’s busiest plants. However the North Carolina plant is the largest solar installation owned directly by Cummins.

The plant is also unique to the company because it uses solar tracking panels which track the sun as it rises and sets, increasing efficiency.

Cummins has completed 51 solar arrays installations at its locations around the world.

You can get more information here.