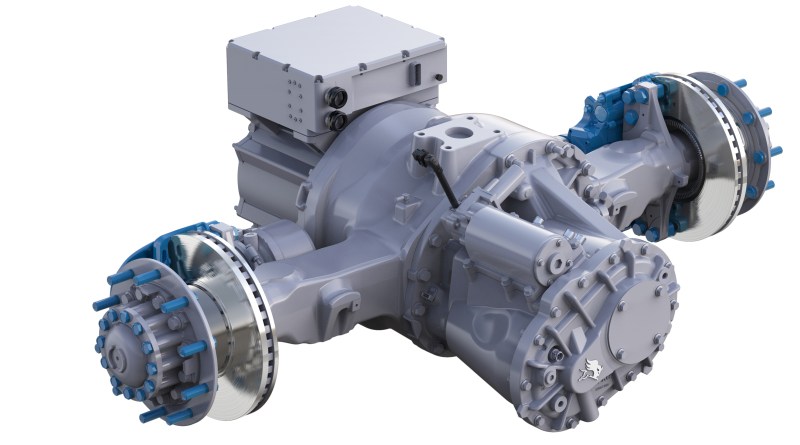 Cummins is showing off its zero-emissions technology at a trade show in Germany this week, including unveiling the company’s new fourth-generation hydrogen fuel cells and a Meritor powertrain.

The Columbus-based engine manufacturer is making the announcements at the IAA transportation show in Hannover Germany.

Cummins says it has agreements with Daimler Trucks in North America and Scania in Europe to develop and integrate the next-generation hydrogen fuel cells into vehicles for demonstration. The new technology provides higher power density, power nodes and operating temperatures. That makes the cells more easily integrated into vehicles.

Meritor’s 17XE ePowertrain is being unveiled at the show. It is designed for heavy truck use and can support 44 tons of combined weight or more. The powertrain features Cummins’ new lithium iron phosphate battery technology.

Amy Davis, Vice President and President of New Power at Cummins said that meeting zero-emissions goals will require a range of technologies and the company’s portfolio demonstrates how it will meet customer need. She said that hydrogen is a viable solution.