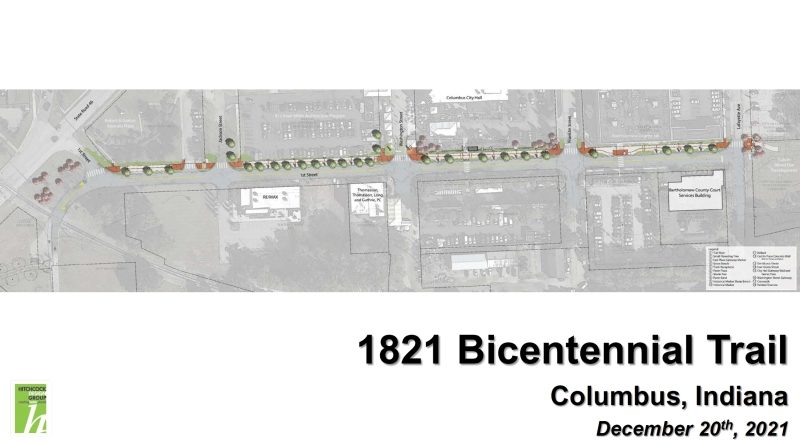 The 1821 Trail Project behind Columbus City Hall and the Bartholomew County Jail is moving forward, but with scheduling changes due to material shortages.

Heather Pope, director of the city’s redevelopment department, updated the redevelopment commission yesterday on the progress of the trail project, being paid for in part by redevelopment funds.

Pope said that utility and infrastructure work was originally scheduled to be completed first but supply chain problems are leading to delays. While piping to replace 100-year-old water lines in the area have arrived, some construction materials are on back order, she said.

However, other work on the trail itself is moving forward. She said that staking for the trail boundaries has been done and fencing installed. And the first shipments of decorative bricks have arrived. She said there is still time to purchase engraved bricks for the project, but orders will have to wrap up by the end of May.

The goal is still to have the project substantially complete by August and for Ethnic Expo to return to the area around City Hall by October. When finished, the 1821 Bicentennial Trail project will stretch along First Street from Water Street to Lafayette Avenue.

Bricks will be 4 inches by 8 inches and be placed along the 1821 Bicentennial Trail along First Street from Water Street to Lafayette Avenue. Each engraved brick is selling for $100. You can have up to three lines of text with a maximum of 16 characters per line. That includes spaces and punctuation.