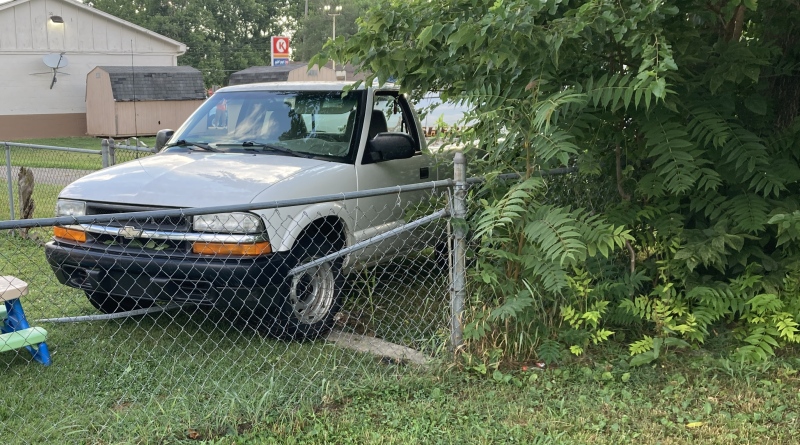 Deputies recovered a stolen truck and license plate after an incident yesterday morning in Columbus.

According to reports from the Bartholomew County Sheriff’s Department, a deputy noticed the driver of a pickup truck who appeared nervous and hiding his face from police at just before 8 yesterday morning at 10th Street and National Road. A check of the license plate revealed that the plate had been stolen in the county.

The deputy tried to pull the vehicle over, but instead the driver fled through a store parking lot and through southeastern Columbus, including driving through a bean field and onto the sidewalk. At Gladstone and McKinley avenues the drive jumped out and ran away,

leaving the truck in gear, which then rolled into a fence, causing minor damage.

The driver was captured a short distance away. The investigation revealed that no only was the plate stolen, but the truck had been stolen from Johnson County. The driver, 27-year-old Dominique Nichols of Columbus, was taken to Columbus Regional Hospital to be checked out, after swallowing methamphetamine, police say.