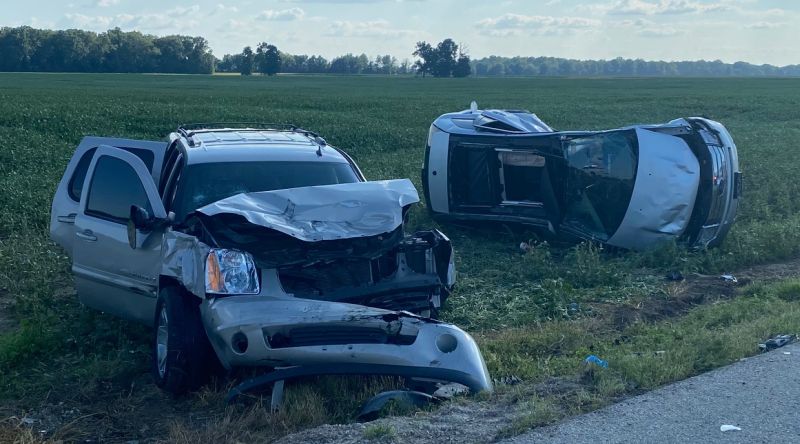 Bartholomew County Sheriff’s Department says a driver was seriously injured in a crash on a rural county road Wednesday.

The sheriff’s department was called to the two-vehicle crash at County Roads East 300S and South 900E at about 4:45 p.m. Wednesday afternoon. Elizabethtown Volunteer fire fighters were already on scene helping the injured.

According to the investigation, a driver, Brandon Beckman of Scipio failed to yield and pulled into the intersection, where he hit a second driver, Chelsea Turner of Westport.

Beckman was flown by Lifeline helicopter to University of Louisville Hospital. The other driver, Turner and two children in her vehicle were taken to Columbus Regional Hospital by treatment.

Chief Deputy Major Chris Lane says this is the third serious traffic crash in as many days in Bartholomew County.