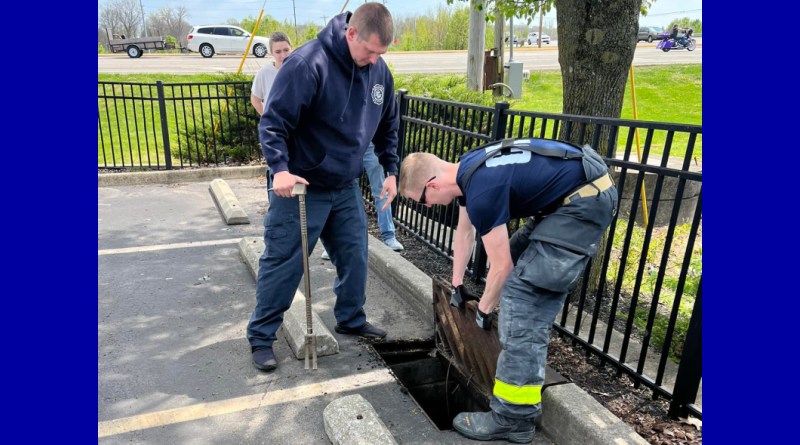 Columbus firefighters were called out on another animal rescue mission last week.

According to Columbus Fire Department reports, Columbus Animal Care Services asked for firefighters assistance after two goslings fell into a storm drain near the Chili’s Restaurant on North National Road Friday afternoon. The firefighters removed the drain grate and the birds were quickly reunited with their mom and three siblings who were waiting nearby.

On Thursday, firefighters rescued a dog stuck on a sandbar on the Flat Rock River.