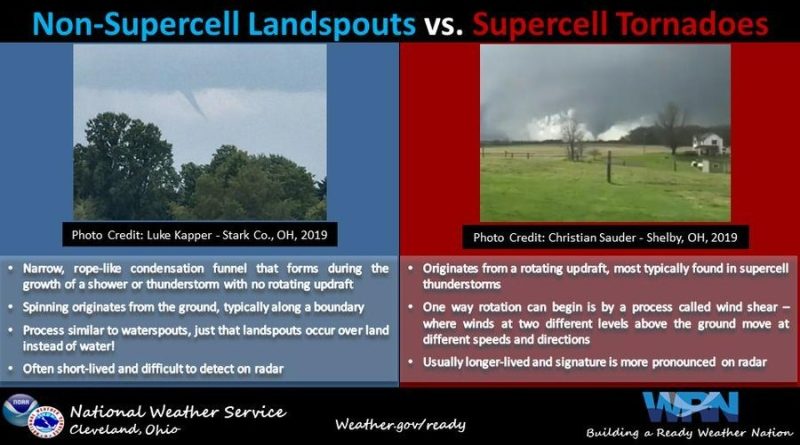 Last night’s tornado warnings in Jackson, Bartholomew and Jennings counties were the result of the sighting of a relatively rare landspout tornado, rather than a traditional twister, according to the National Weather Service.

Tornado warnings were issued at about 6:30 p.m., after a confirmed funnel cloud briefly was seen northeast of Seymour, moving north at 40 mph, with warnings that the tornado would be near Columbus by 6:45 p.m. But before the funnel reached Columbus, the storm had weakened and the weather service said it no longer was strong enough to support a tornado.

The weather service said that a normal tornado forms from wind shear in the clouds of supercell thunderstorms causing rotation and that rotation descends to the ground. However, a landspout starts from surface level wind shifts, which can get sucked up into a non-rotating thunderstorm, stretching the vortex vertically up to the cloud level.

Landspouts are difficult to see on radar, because of the lack of storm rotation.