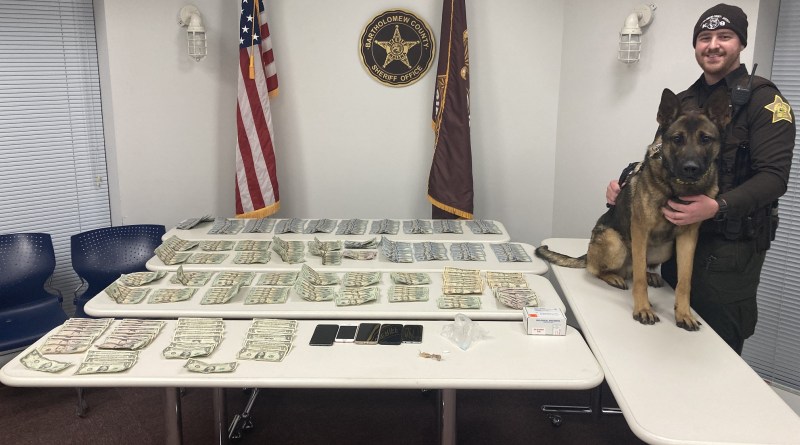 Two Indianapolis men were arrested Friday on drug-related charges after a Bartholomew County deputy noticed their vehicle swerving across the road.

According to reports from the sheriff’s department, a deputy was driving north on U.S. 31 near West County Road 500N, at about 12:52 a.m. Friday morning when he noticed the SUV in front of him swerving across both lanes of traffic and onto the shoulder of the road.

The deputy pulled the vehicle over and both the driver and passenger allegedly gave fake names to the officer. But once their real identify was confirmed, it was found that that both the driver, 27-year-old William E. Hayes and a passenger, 31-year-old Daron S. Croom had outstanding arrest warrants on charges of dealing methamphetamine and cocaine.

They were taken into custody and a search by a department police dog located fentanyl and more than $17,000 in cash in the vehicle.