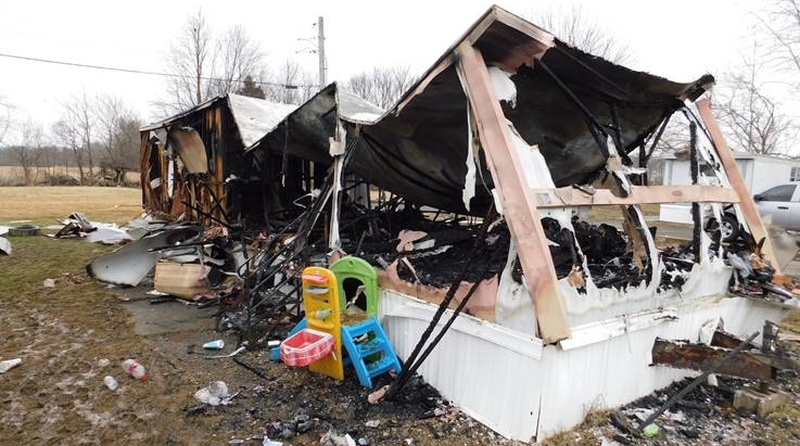 An Indianapolis man is being accused of arson after a Bartholomew County home burned down last month.

According to reports from the Bartholomew County Sheriff’s Department, deputies and firefighters were called to a structure fire in the 400 block of South National Road at about 6:37 p.m. on February 22nd and found a home fully engulfed in flames.

Bartholomew County Fire Inspector Gene Wever conducted an investigation and Sheriff’s Department Detective Dane Duke was assigned to investigate the arson and threats to the victim.

Authorities determined that 39-year-old Antonio L. Dickerson started the fire and a warrant for his arrest was issued last week on charges of arson and intimidation. He was arrested Friday and is being held in lieu of $1 million dollars bond.