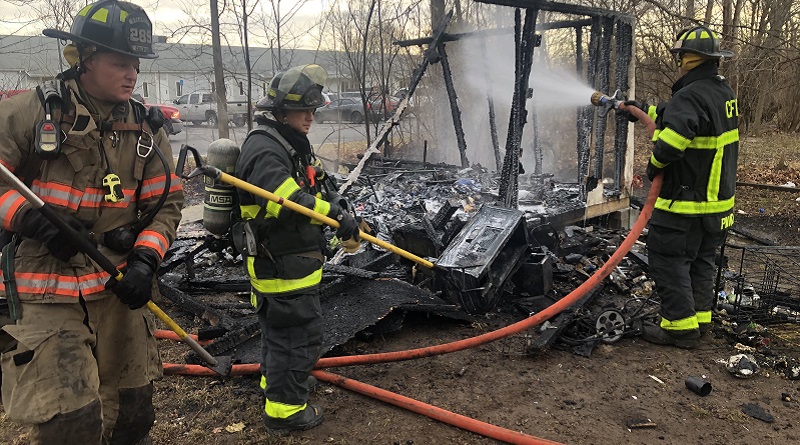 A Columbus man escaped a fire in a storage shed he was using for shelter Tuesday morning.

According to reports from the Columbus Fire Department, they were called to the 600 block of Parkway Drive at about 8:33 a.m. Tuesday  morning and found a storage shed fully engulfed in flames. They spoke to a man who said he had been sheltering in the shed and was inside when the fire started. He said he tried to extinguish the blaze, but had to leave when the smoke and heat forced him outside.

Firefighters noticed several propane tanks against the outside wall of the shed, but they quickly sprayed water on the fire to get it under control. Although the fire destroyed the roof and most of the wall boards, firefighters pulled the rest down to make sure the fire was fully extinguished.

No cause of the fire has been determined yet, but firefighters did discover a propane heating device in the 10×10 shed along with a power cord run from a nearby home.

The shed was about 30 feet from the home and was a complete loss. Damages are estimated at about $500.