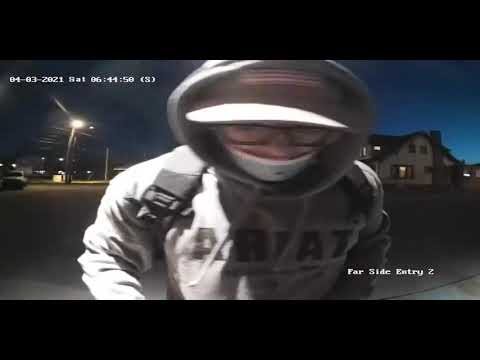 Columbus police are releasing more photos and video of the suspect in vandalisms that left the logo of a white supremacist group on downtown Columbus buildings.

Spray-painted stencils with a logo for a Texas white supremacist group were found on buildings Saturday including First Presbyterian Church, the Cummins corporate office building, in Friendship Alley between Fourth and Fifth streets downtown and on the Jackson Street parking garage.

Authorities believe there is a single suspect who acted alone. Police describe the man as a white male, wearing eye glasses, a gray sweatshirt, blue jeans, and a black backpack.

Police say that if you have any information on the suspect’s identity, you can call the Columbus Police Department at 812-376-2600. Tips and information can be submitted anonymously. 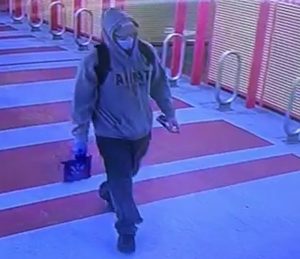