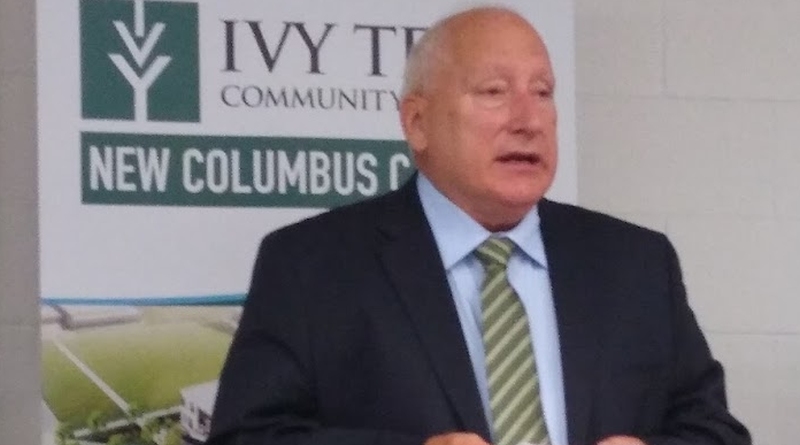 Ivy Tech Community College Columbus Campus will be celebrating the official opening of its new building, Moravec Hall, next week.

A ribbon cutting ceremony is scheduled for 4 in the afternoon on Wednesday at the new building on Central Avenue.

Moravec Hall opened this summer replacing the aging Poling Hall, which has been torn down to make way for new landscaping and amenities. The nearly $33 million dollar Moravec Hall is a 80,943 square foot building with state-of-the art technology and modern simulation laboratories.

The building is named in honor of Tony Moravec and his family. Moravec, a local businessman, has served on the College’s state board of trustees and as a member of the Ivy Tech Foundation board. He has also supports Ivy Tech students by establishing an endowed scholarship.

The recently renovated Columbus Learning Center will also be highlighted during the ribbon cutting ceremony.

The namesake of the former Poling Hall, Harvey S. Poling Jr.,is memorialized in the lobby of Moravec Hall with a plaque recognizing his legacy and role in bringing Ivy Tech to Columbus and south central Indiana.

Photo: Tony Moravec speaks at an Ivy Tech event last year announcing the new building would be named after him.