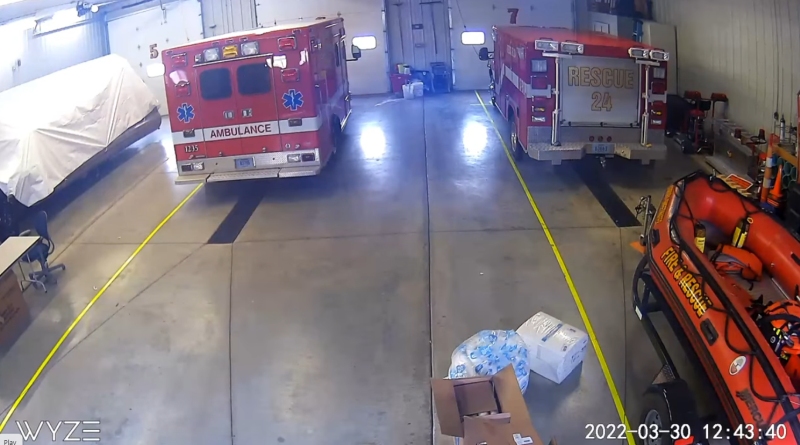 Emergency officials and residents are looking for answers after a large explosive sound shook south central Indiana around 12:45 p.m. yesterday afternoon. However the source of the loud blast remains a mystery.

Emergency operation centers from Bartholomew, Brown and Monroe counties all reported receiving multiple calls about the sound. But there were no signs of any explosion or source for the sound in their counties. People from as far as Johnson, Decatur, Marion, Lawrence and Owen counties reported the sound.

The Cordry-Sweetwater Volunteer Fire Department in Nineveh posted a video from their fire station bay camera that captured the sound, which lasted about five seconds.

Camp Atterbury Public Affairs office says that the blast did not happen on the base and there was no training going on at the time. Indiana State Police in Versailles say that they had not heard any reports on the sound.

The U.S. Geological Survey says there was no significant earthquake activity in the Hoosier state on Wednesday.

Crane Army Ammunition Activity told WRTV that it conducted routine demilitarization operations earlier yesterday morning but nothing was out of the ordinary and there was nothing that happened that would have caused the reported incident.