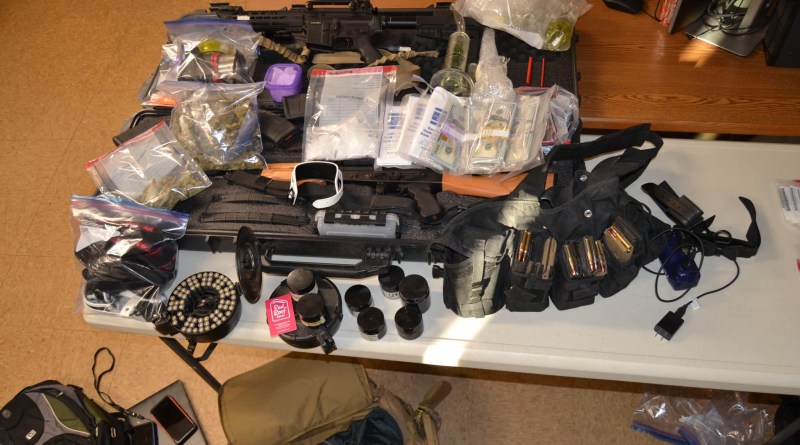 A North Vernon man is facing charges including rape and drug dealing after an incident on Friday in Jennings County.

According to reports from the Jennings County Sheriff’s Department, the investigation into a reported sexual assault began Friday morning. During the investigation deputies learned that drug dealing was going on at a home and obtained a search warrant. That search led to the seizure ore more than 100 grams of methamphetamine as well as marijuana, drug paraphernalia, cash and several rifles with a large amount of ammunition.

Deputies arrested 54-year-old Duane Kendall of North Vernon on charges including rape, criminal confinement, theft and dealing methamphetamine as well as for possessing the marijuana and drug paraphernalia.

44-year-old Jason Stratton of Arizona was arrested for visiting a common nuisance.