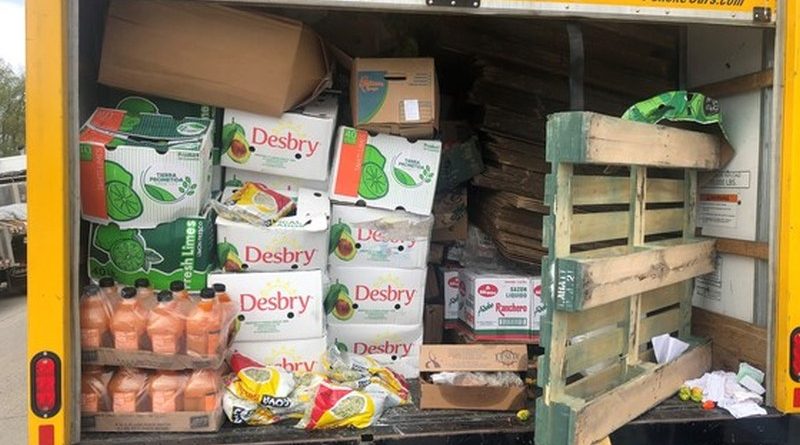 A box truck overloaded with unrefrigerated food and illegal alcohol was intercepted on Interstate 65 last week by state troopers.

According to Indiana State Police reports, witnesses saw the rental truck driving on the interstate in Jackson County at about 2:30 p.m. Friday afternoon, despite having a flat tire and a noticeable lean to one side. The driver was reportedly having a hard time keeping the truck under control and it was throwing debris into the path of motorists.

The truck then bypassed the northbound scales on the interstate and was stopped by troopers. An inspection by motor carriers found the truck was about 7 and a half tons over its weight limit. The Jackson County Health Department confiscated and destroyed the improperly stored food, which included 400 bags of fruits and vegetables and 200 pounds of fish.

Indiana State Excise Police confiscated about 400 cases of beer that were untaxed. The food and alcohol were being transported from Miami to Indianapolis.

The driver of the vehicle, a Florida resident, was cited for the food violations, for not having a log book and other motor carrier violations. He was then released along with the truck containing the food that was allowed.