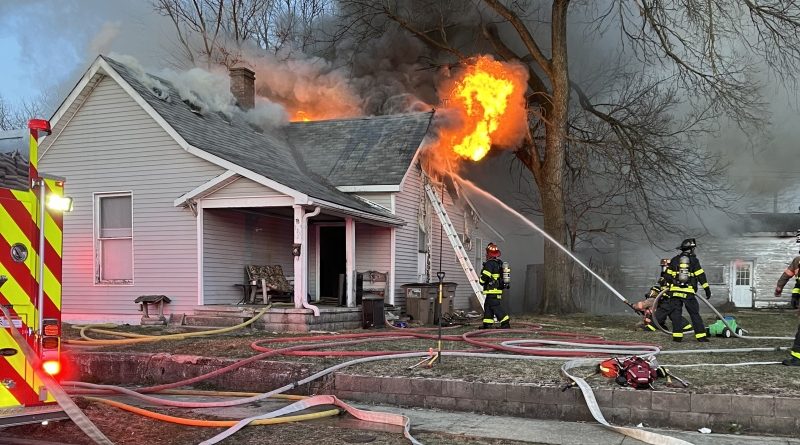 A downtown Columbus home was a total loss after a Saturday evening fire.

According to Columbus Fire Department reports, they were called to the 700 block of Werner Avenue at about 6:34 p.m. Saturday for a residential fire. Firefighters found a single story home with heavy fire coming from the roof and eaves.

Firefighters entered the home and began using water to fight the flames, but as exterior conditions continued to show the fire was free burning, they were ordered back outside to fight the fire from there.

In below-freezing temperatures, the firefighters sprayed water from the ground and from an aerial truck. It was about an hour to get the fire under control, and then firefighters entered the home again to manage hot spots of smoldering material.

The occupants of the home escaped without any injuries. They were assessed by paramedics at the scene.

The cause of the fire is under investigation. Damages are estimated at $100,000.