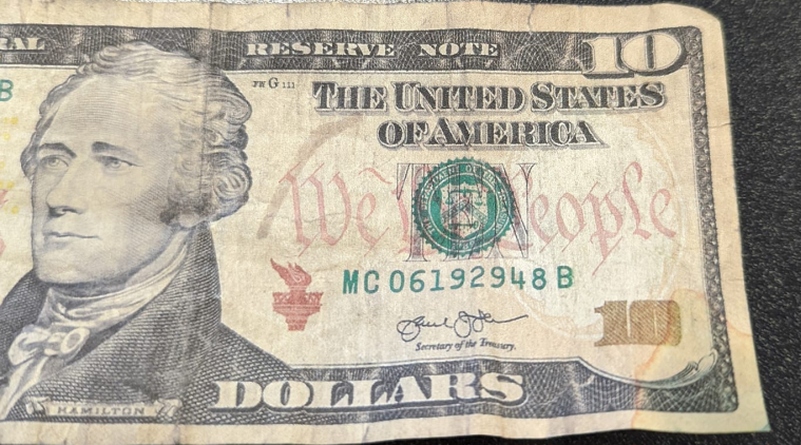 Seymour Police are asking you to be on the alert for fake $10 bills that are circulating in the community.

The police department reports that the low-quality counterfeits appear to have been printed on a laser printer. Among the defects, the paper will rip and tear easily, the bills are missing the internal strip as well as the watermark. They are made with non-reflective ink and the ink will run if it gets wet. The borders and edges of the bills are fuzzy and the microprinting is not readable.

But the bills also have edge wrinkles and tears that were copied onto the fake bill.

The bills fail the counterfeit pen tests and have a serial number of MC 06192948B.

Police say that it is unusual to see fake bills in the $10 denomination, with most fakes being $20 bills or larger, but few people scrutinize lower denominations. They believe that a large number of the fake bills have been made and if you see one, you should contact the Seymour Police Department.