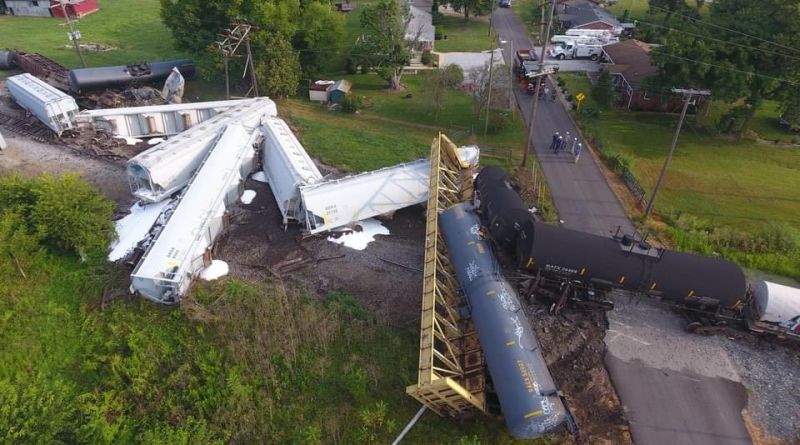 No one was injured after a train derailed in Shelby County yesterday, shutting down State Road 9 for about 11 hours.

The accident involving a CSX train happened just northwest of U.S. 52 and State Road 9 near Fountaintown around 8:10 a.m. yesterday morning.

Eighty cars were in the train and 13 came off the tracks, according to authorities. Multiple agencies were called in to assist, including the Indianapolis Fire Department hazmat team over concerns of possible chemical spills. The fire department says the only chemicals that leaked were used cooking oil and plastic pellets, which were contained in the area where they spilled.

Authorities evacuated five houses in each direction as a precaution. Firefighters say an entire 100-foot section of railroad ties was pulled up out of the ground due to the velocity of the crash.