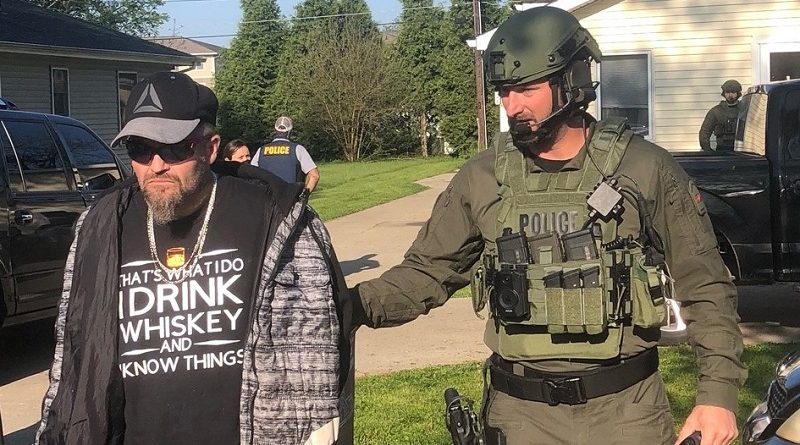 According to police reports, officers from the Columbus and Bartholomew County SWAT team executed a search warrant at a home in the 700 block of Fairview drive at about 8:30 a.m. Friday morning. They discovered marijuana, methamphetamine, four firearms and a stolen Corvette.

A followup investigation led them to an auto repair garage in the 500 block of South Cherry Street which was later shut down by Columbus Code Enforcement.

Among those arrested, the most serious preliminary charges were against 33-year-old Alex De Arcia, of Columbus, including three counts of dealing Methamphetamine and two outstanding warrants.

38 year old Jeremy W. Sweet, of Columbus, is facing charges of possession of methamphetamine and possession of a handgun by a serious violent felon.

The Columbus Fire Department and Columbus Code Enforcement also assisted with this investigation.

The investigation into the sale of illegal drugs in Columbus and Bartholomew County continues and additional charges are possible in this ongoing investigation.