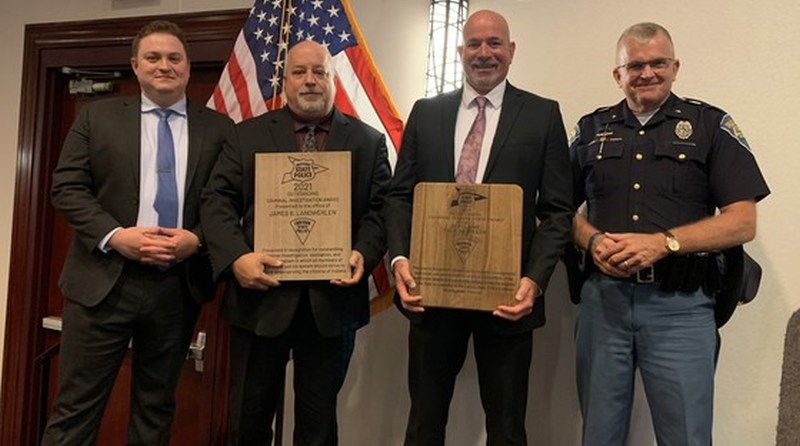 Indiana State Police are recognizing Shelby County law enforcement for their efforts to solve cold cases, some going back to the early 1980s.

The state police superintendent recognized two detectives and two members of the Shelby County prosecutor’s office with the Department’s Outstanding Criminal Investigation Award at a ceremony this week.

Between 1982 and 1985 a series of home invasions were made in Shelby County including rape, robbery, and battery. However, a joint task force at the time could not solve the investigation.

In 2019, state police reached out to Parabon NanoLabs to try out a new technique called Genealogical DNA Identification

Based on information obtained from that analysis, Steven Ray Hessler of Greensburg was arrested in August of 2020. Hessler was convicted In March ion two counts of rape, six counts of unlawful deviate conduct, seven counts of burglary resulting in bodily injury, three counts of criminal deviate conduct, and one count of robbery. He was sentenced to 650 years in prison.