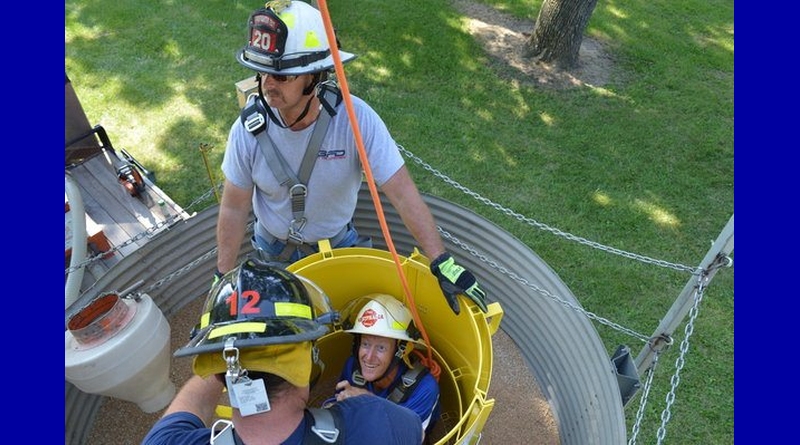 The Westport Volunteer Fire Department will be getting trained in grain bin rescues and receive a piece of life-saving equipment, as part of a program from Nationwide Insurance.

Nationwide announced yesterday that 58 fire departments will receive the awards this year. The Grain Bin Safety Campaign has provided 265 grain bin rescue tubes since the start of the program of 2014.

In March, volunteer firefighters from Westport were first on scene to a farmer trapped in a grain silo but called for assistance to Jennings County departments with the equipment – a grain bin rescue tube — before the man could be freed.

Nationwide, in partnership with the National Education Center for Agricultural Safety provides fire departments with the grain rescue tubes and hands-on training. That will include state-of-the-art grain entrapment simulators and rescue tubes. The simulators are loaded onto 20-foot trailers and able to hold about 100 bushels of grain each.

There were more than 1,800 fire departments nominated in 45 states to receive the equipment and training this year. The resources are being brought to the Westport thanks to donations from the Indiana Corn Marketing Council.