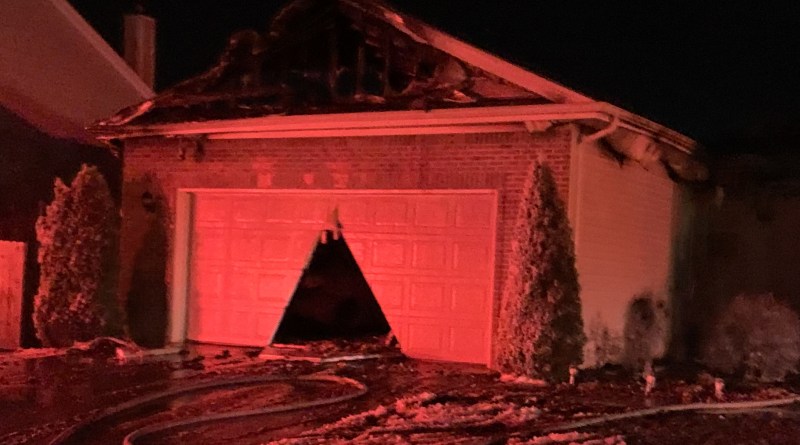 A Columbus family of four has been left homeless after a fire early Christmas morning.

According to reports from Columbus Fire Department, firefighters were called to the home in the 4600 block of Bayview Drive at about 4:04 Christmas morning to find smoke and flames coming from the residence. The family had already evacuated when firefighters arrived and were safe at a neighbor’s home.

Firefighters fought the fire for about 45 minutes in sub-freezing temperatures. Damage to the home was extensive but no damage estimate was available.

Firefighters were able to remove some items from the home for the family. The family members were checked for smoke inhalation but declined to be taken to the hospital. They had plans to stay with family members.

The cause of the fire remains under investigation.