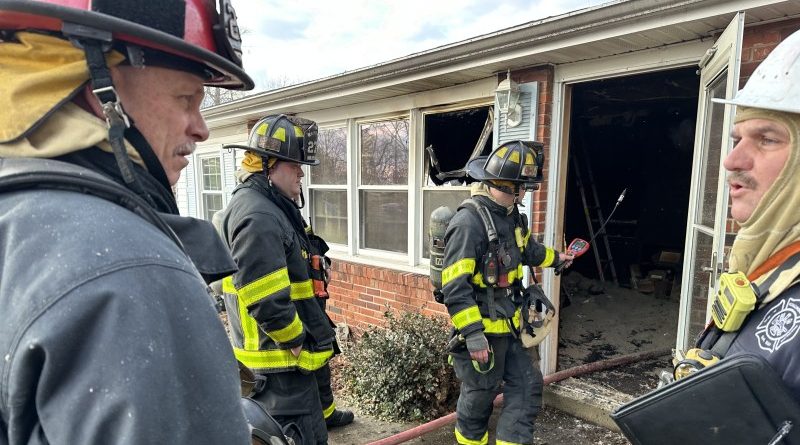 Columbus firefighters say that a quick-thinking neighbor saved a home from a fire yesterday morning.

According to reports from the Columbus Fire Department, the neighbor noticed flames inside a home in the 200 block of Weid Court at about 9 a.m. Tuesday morning and called 9-1-1. The neighbor originally thought a cloud of what appeared to be dust surrounding the home was due to tree trimming and yard work in the area, but a closer look revealed flames and smoke inside.

Columbus Fire Engine Company 3 forced entry into the home to attack the fire and search for residents inside. No one was found and the fire was knocked down in about five minutes, confining the extent of the blaze to the living room.

Engine Company 3 Lt. Don Richards, said that the early discovery of the fire by a neighbor was a key in preventing additional fire damage.

The cause of the fire in under investigation. While fire damage to the home was isolated to the living room, smoke damage was present throughout the home and the home is currently uninhabitable. Damages are estimated at $50,000.

No injuries were reported.