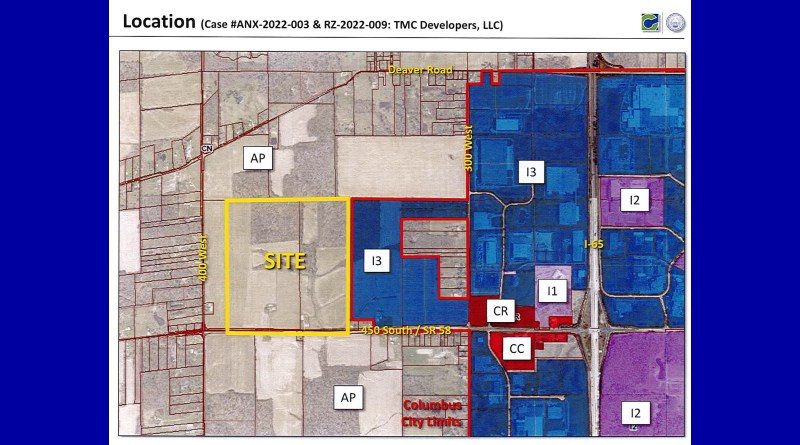 The city of Columbus is making plans to add almost 154 acres to the city limits near Walesboro — property that could help lure in new industries.

Columbus City Council approved proposals from TMC Developers to annex the property in the Walesboro area and to rezone it from agriculture to heavy industrial use.

Jason Hester, president of the Greater Columbus Economic Development Corporation, spoke in favor of the proposals, saying that the project would be the only available land for industrial development of more than 100 acres in the city limits. He said in the last two years the development group has received 38 inquiries from industries looking for that size or larger, which meant Columbus lost out on more than $40 billion in development opportunities.

A neighbor in a nearby home said she was concerned about how development on the property would affect the view from her land in what had previously been an agricultural area.