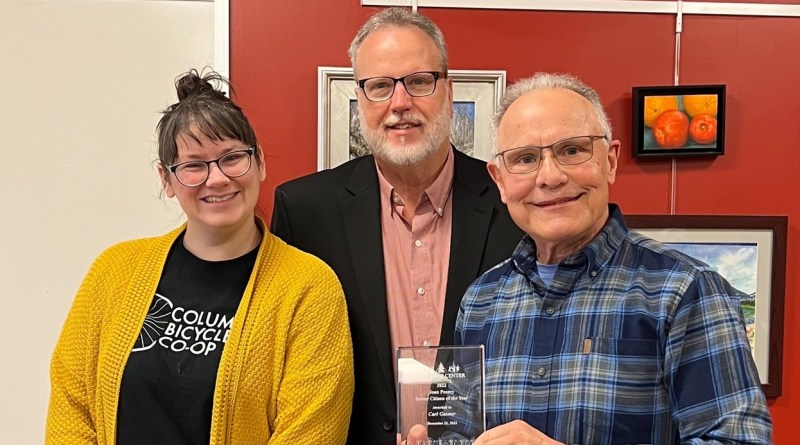 Mill Race Center is announcing the winner of this year’s Joan Pearcy Senior Citizen of the Year Award – Carl Gasner.

The award, named after Pearcy in 2011, has been given annually since 1957 to recognize an outstanding senior citizen for their service to the community and reinforce the contributions that senior citizens make to community life here.

According to an announcement from the center, Gasner embodies the qualities of the award through his work with the Columbus Bicycle Co-op, where he has volunteerd since 2014. Gasner works as a volunteer mechanic, working closely with customers teaching, training, and helping them fix and maintain their bicycles. Gasner also works on bikes, takes scrap to recycling and maintains the shop.

Gasner also serves on the board of directors for the Bicycle Co-op. He was presented the award at a ceremony last week at Mill Race Center.