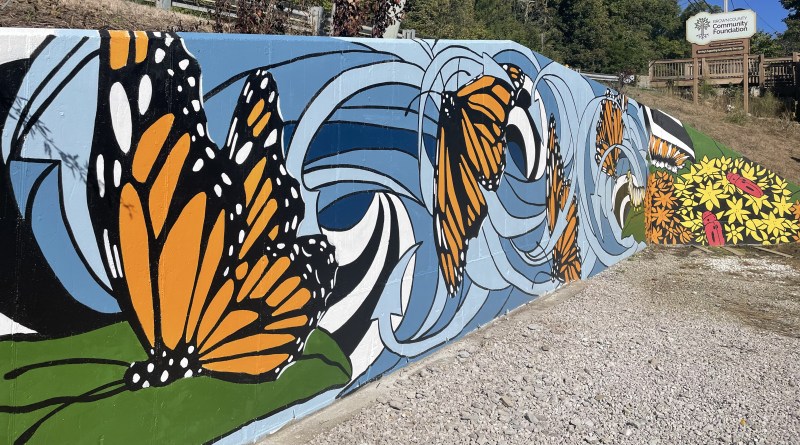 The Brown County Community Foundation is unveiling a new mural and pollinator park on its Van Buren Street property in Nashville.

The mural on a large concrete retaining wall, was created by Christina Hollering, and features milkweed pollinators such as butterflies, milkweed tussock moth caterpillar and a milkweed beetle. She said she wanted to remind viewers that milkweed plants are an ecosystem in and of themselves.

The Foundation partnered with the Brown County Pollinators group to construct a garden surrounding the wall.

Their work is inspired by the effect of pollinator habitat loss in Indiana. The National Wildlife Federation reports eastern monarch butterfly populations have declined 90 percent from their high in 1969 due to habitat loss. Milkweed and other natural habitat are removed to make way for roads, farms and homes. The pollinators group has secured nearly 100 acres in Brown County for pollinator habitat restoration and created more than 2,000 milkweed seed bombs in the last year alone.

A dedication reception is planned for October 20 at 5 p.m. at the Brown County Community Foundation.