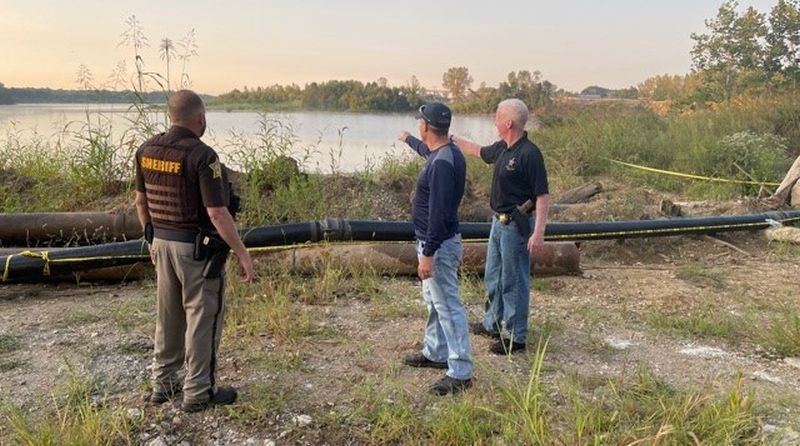 Authorities have discovered what are believed to be human remains in a shallow grave just off of Bartholomew County Road 400N between U.S. 31 and River Road.

An autopsy and identification of the body is scheduled for this afternoon by the Bartholomew County Coroner’s office.

According to reports from the Bartholomew County Sheriff’s Department, the remains were discovered as part of a search for a missing person Thursday afternoon. Sheriff’s detectives, Columbus police, Indiana State Police and the coroner’s office discovered the remains yesterday.

The road was closed for several hours while the scene was being processed.

Sheriff Matt Myers praised the cooperation of the agencies, saying that being able to use resources and manpower from other agencies is the future of law enforcement.