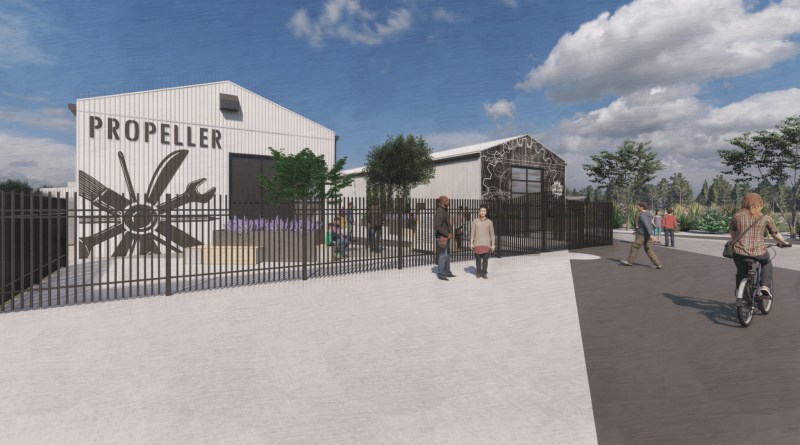 A community maker space in Columbus has reached its fundraising goal for a state grant with only a few hours left in its campaign.

The Columbus Propeller initiative has been working toward a $50,000 matching grant as part of the state’s CreatINg Places program through the Indiana Housing and Community Development Authority. The grant will go toward landscaping and exterior improvements to its building at the Columbus airport.

As of this morning, just over $51,000 had been raised toward the efforts, with the campaign ending at noon today.

This funds will be used to revamp the building including adding an airport runway viewing platform, outdoor kitchen, and inviting public plaza. The property will also be enhanced with murals, seating areas, landscaping and a light sculpture that was originally part of Exhibit Columbus.

Although the current campaign has met its goal, fundraising for the space will continue according to Cindy Frey, president of the Columbus Area Chamber of Commerce. She estimated that the space needs about $300,000 in improvements to fully meet the vision for the facility.

Membership is $20 a month. You can learn more or sign up to be a member at columbuspropeller.com