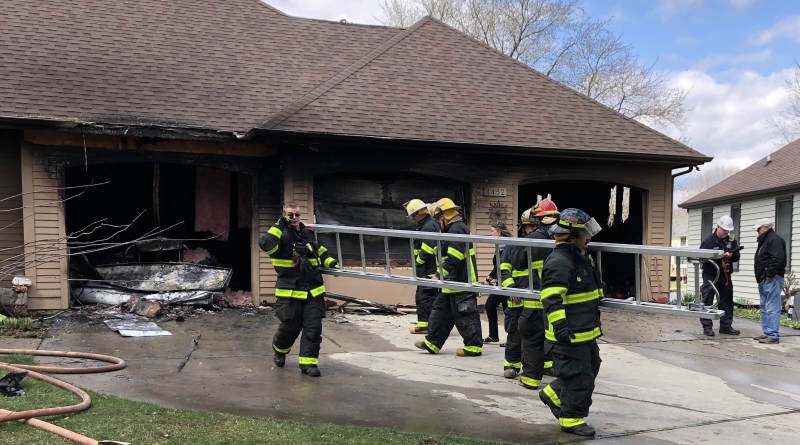 A Columbus firefighter was injured while fighting a house fire yesterday afternoon.

According to reports from the Columbus Fire Department, firefighters were called to the 4200 block of Mallard Point at about 12:28 p.m. Thursday for a fire in a home’s attached garage. When firefighters arrived they found heavy flames coming from the garage.

Firefighters had the blaze under control within 10 minutes. Three vehicles were damaged in the fire, one of which was parked outside the garage. The fire damage within the garage was significant and the fire did extend into a portion of the home’s living space. Firefighters say that the rapid fire attack prevented the fire from spreading any further.

Investigators talked to the homeowner who said he had been working on the fuel system of a vehicle in the garage when the fuel ignited. He escaped the home but the fire was already well involved.

One firefighter suffered a minor knee injury fighting the fire. After the scene was secured, the firefighter was taken to an urgent care center for further evaluation says Capt. Mike Wilson, spokesman for the fire department.

The cause of the fire was determined to be accidental. Damages to the home, garage and vehicles are estimated at more than $200,000.