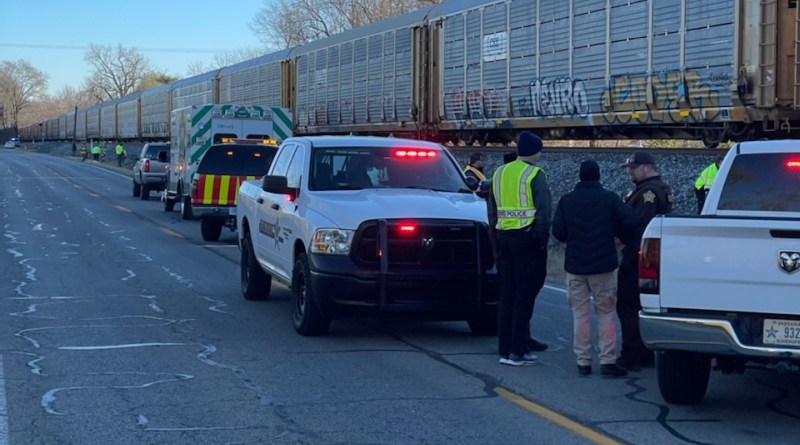 A Columbus man died Sunday after after being struck by a train.

According to reports from the Bartholomew County Coroner’s Office, 29-year-old Dylan Richard Lonaker died after the collision at about 3:18 p.m. just north of Deaver Road along State Road 11 near Bethel Village. He was pronounced dead at the scene.

The northbound train struck Lonaker, who was also headed northbound, and the incident was reported by railroad personnel.

The circumstances remain under investigation by the coroner’s office and the Bartholomew County Sheriff’s Department.