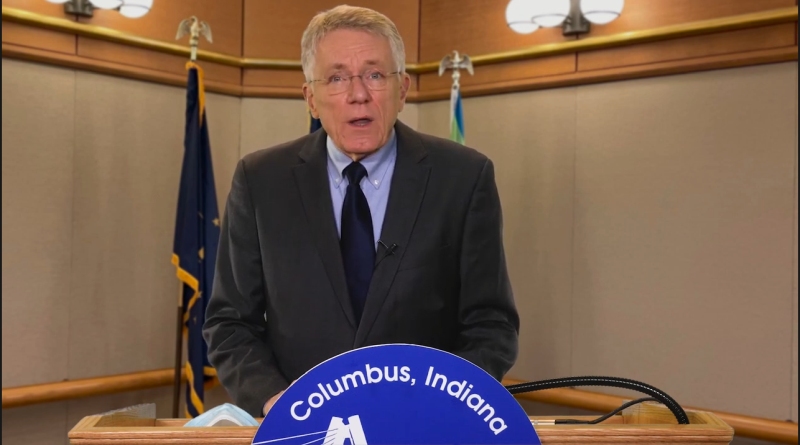 Columbus Mayor Jim Lienhoop is announcing his plans not to run for re-election.

The mayor said today that he will not be seeking a third term in office. He said he and his wife, Pam, have concluded that it is time for him to retire.

The mayor has about 14 months left in his term, and said he has enjoyed serving as the city’s mayor for almost seven years. He said it has been a pleasure “to work with our city’s public servants as we have responded to challenges and opportunities along the way.” Lienhoop said that city has been “well-served by a diligent council, committed volunteers and dedicated staff.”

Lienhoop praised his team in City Hall saying that he can step aside knowing our city will be well led.

Lienhoop touted some of the accomplishment during his time in office include the construction of the railroad overpass, the creation of the Alliance for Substance Abuse Progress, the ongoing construction of a downtown apartment complex and urban grocery and the ongoing transformation of the former Fair Oaks Mall into Nexus Park. Columbus also was recently chosen as the Indiana Chamber of Commerce’s city of the year.

He said much of that progress was done despite the pandemic and its restrictions.

Lienhoop said he will continue to be involved and invested in Columbus. And thanked the public for the opportunity to be mayor.