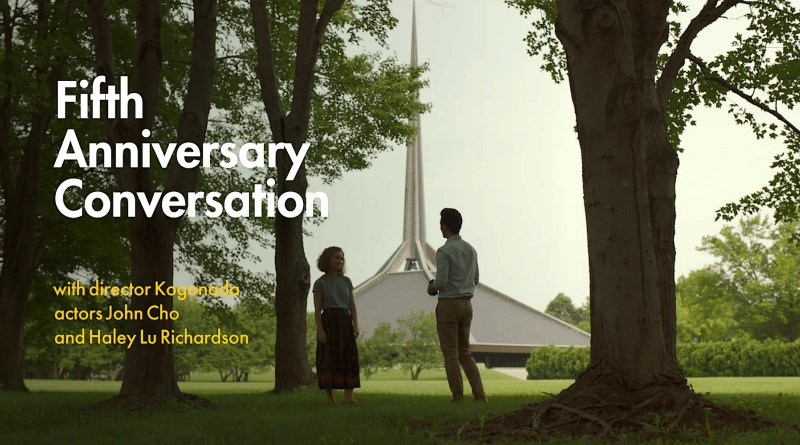 The Columbus movie was released nearly five years ago, and there will be celebration of the film next week at the former North Christian Church.

The low-key film, shot in and around Columbus, stars Haley Lu Richardson and John Cho and includes many scenes of Columbus architecture. Local residents were used as extras in the filming.

Richardson and Cho will return to Columbus for the anniversary event on Monday, along with director Kogonada.

There will be a reception at 5 and a conversation with the stars and director from 5:30 to 7 p.m. at the church building at 850 Tipton Lane. It will be moderated by Holly Warren, the City of Bloomington’s Assistant Director of the Arts.

This event is made possible through support from the Columbus Area Visitor Center, and a grant from Indiana Humanities and the National Endowment for the Humanities in partnership with the City of Bloomington.

You can sign up to attend the free event at EventBrite.