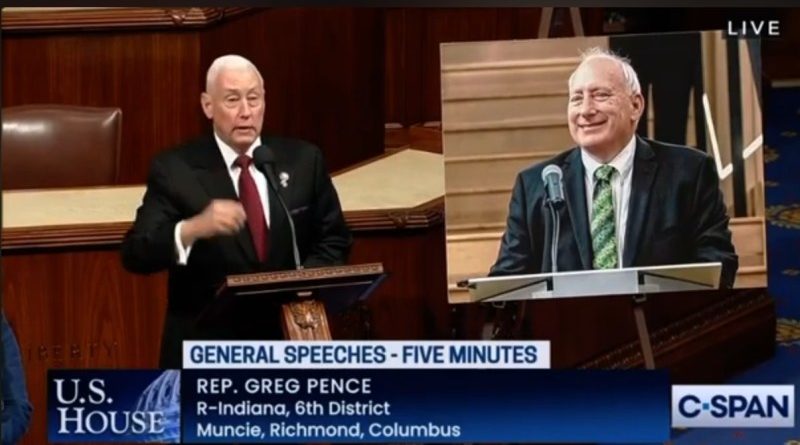 Congressman Greg Pence recognized Columbus businessman and philanthropist Tony Moravec on the floor of the U.S. House this morning. Moravec died at the age of 72 last week.

He had attended the election night celebrations of local Republicans at the Factory Twelve Event Loft in downtown Columbus Tuesday night and was later found dead in his vehicle.

Moravec owned BlairEx labs, Applied Laboratories, and is responsible for the restorations of both Zaharakos and the Pump House restaurants in downtown Columbus. Moravec had served on the Ivy Tech State Board of Trustees and was an advocate for community college education in Columbus.

Pence praised Moravec’s commitment to the community and to education.

Pence also passed along words of wisdom from Moravec’s recent speech when Ivy Tech in Columbus dedicated the new hall at the Columbus airport in his name.