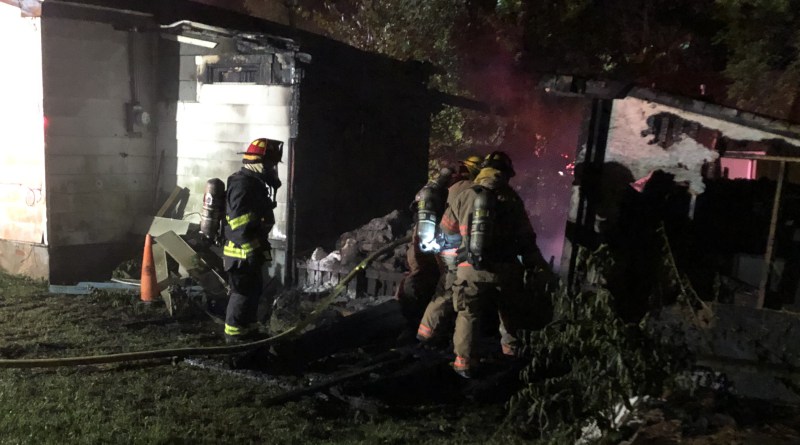 A family of four escaped a fire at their home on the east side of Columbus last night.

According to the Columbus Fire Department, firefighters were called to Reo Street at about 10:48 p.m. Sunday night for a fire behind a home. They arrived to find a storage building  was fully ablaze.

The rental property received extensive damage, including to the exterior and to a room at the back of the house. Heavy smoke also spread throughout the home. Firefighters used ventilation fans to get rid of the smoke. Damages to the property are estimated at $ 15,000.

Two adults and two children had evacuated the home before firefighters arrived. No one was injured.

Due to the fire, smoke and water damage, the family was displaced. They are being assisted by the Salvation Army.

The cause of the fire is under investigation.