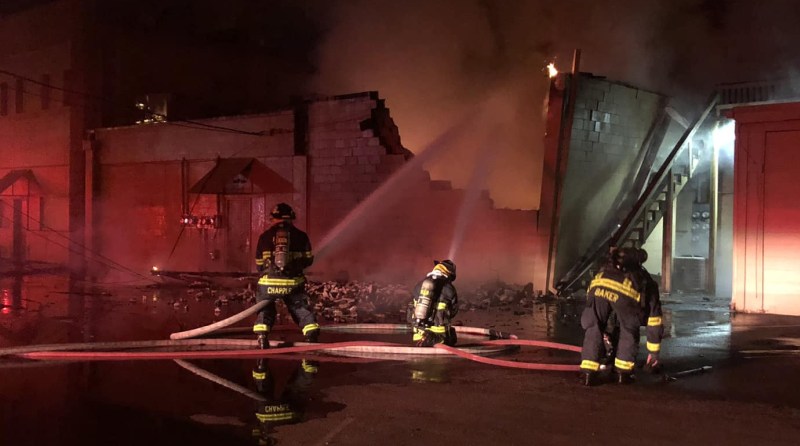 The cause of a fire that gutted the Irwin Block building in downtown Columbus will remain as undetermined.

According to reports from the Columbus Fire Department, inspectors from that agency and the Indiana State Fire Marshal’s office combed through debris for several days in the area where they fire is believed to have started on Dec. 3rd — a ground level storage building at the rear of both 422 and 440 Fifth Streets, near the intersection of Fifth and Franklin streets.

But because of the burned out building’s poor structural integrity and the dangers of further collapse, investigators were limited in how much they could extend their search.

The “Undetermined” cause classification is used for a fire incident that lacks physical evidence or accounts of factors that led to a fire. It is one of four possible causes classifications also including natural, incendiary and accidental.

The fire was noticed by a passerby in the storage building at shortly before midnight on Dec. 3rd. Firefighters arrived on scene to find the historic building fully engulfed in flames and had to fight the blaze despite sub-freezing temperatures and several collapses that endangered firefighters and damaged a ladder truck.

Three firefighters were hurt during falls at the scene, but no one was seriously injured and two office cats that lived in the building were found unharmed afterwards.