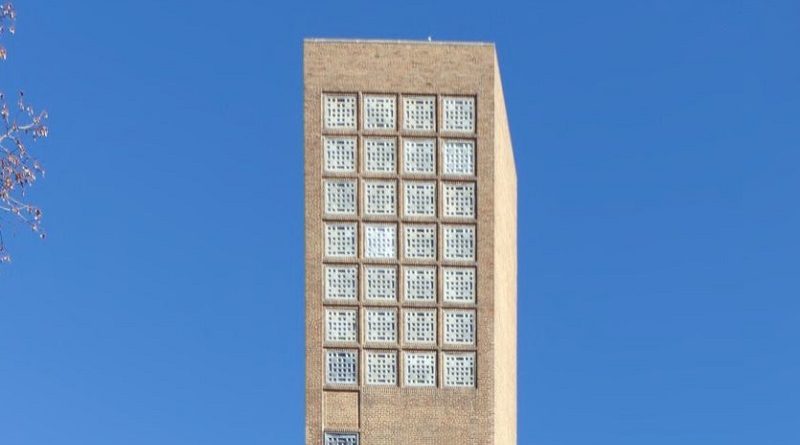 First Christian Church in Columbus is announcing a new initiative to save the landmark’s clock tower.

The church is partnering with Landmark Columbus Foundation, Columbus Area Visitors Center, Heritage Fund, and architect Louis Joyner to raise money to repair the iconic tower, part of the first modern architectural landmark in the city.

The 166-foot tall tower has been repaired several times over the years, including the last major effort in 1976. Now it needs a substantial renovation of the top one-third of the tower. The repair costs are estimated at $2.4 million. The goal is to raise the money and start the repairs by next year, the tower’s 80th anniversary.

The church and tower were designed by architect Eliel Saarinen in 1942 and it is recognized as one of the first Modernist church designs in the United States.

Joyner applied for and received a half million dollar Save America’s Treasures grant from the US Department of Interior. That requires a local match.

Fundraising efforts will launch with a Save Our Tower Campaign event at 4 on Wednesday, June 23rd at the church at 531 Fifth Street. It will include a presentation on the church history and a guided architecture tour of the church by J. Irwin Miller Architecture Program Director T. Kelly Wilson.