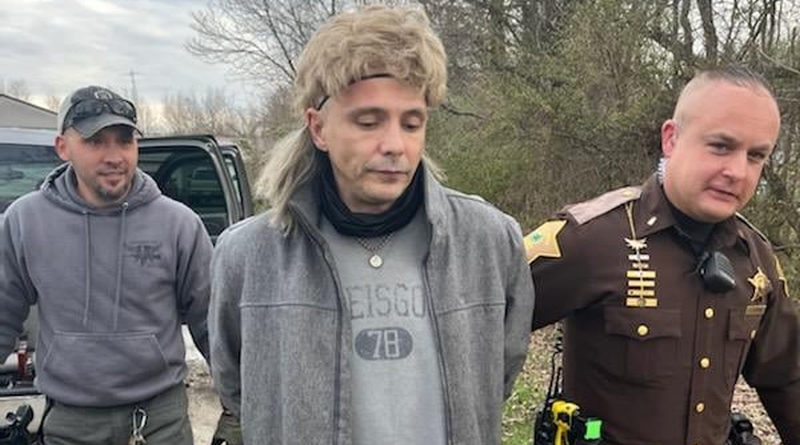 Four people were arrested last week in an investigation into the sheltering of fugitives in Jennings County.

The wanted suspects, 48-year-old Larry M. Nantz and 47-year-old Tamara L. Watkins were taken into custody, along with the driver of the vehicle 51-year-old Melissa M. Needler, who is accused of driving a vehicle while suspended with a prior conviction.

A search of the vehicle also discovered drugs and paraphernalia.

Nantz was already wanted on two outstanding Jennings County warrants for absconding from a treatment facility and escape. He and Watkins are facing new charges for possessing marijuana, a controlled substance and drug paraphernalia. Watkins is also being accused of possession of methamphetamine while Nantz is being accused of possessing a syringe.

Deputies also arrested 53-year-old Farmer J. Mullins who is being accused of a felony charge of assisting a criminal for allegedly sheltering Nantz.

Sheriff Kenny Freeman said that assisting or concealing a wanted person is a felony.