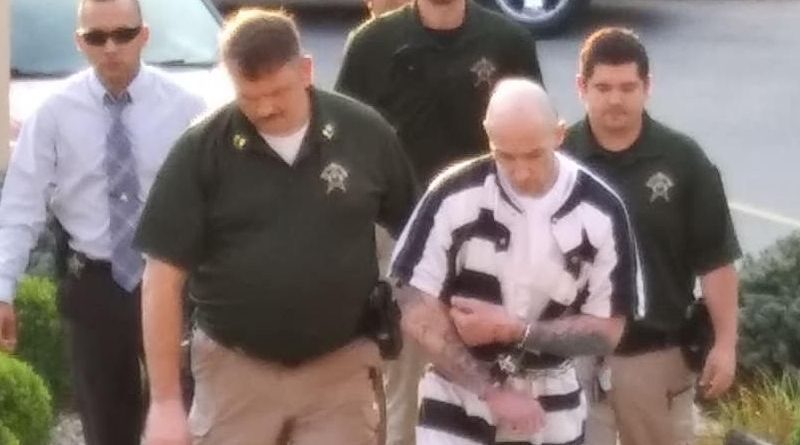 A Jennings County man has been sentenced to 65 years in the Indiana Department of Corrections in a murder investigation from last year.

The Jennings County Sheriff’s Department says 36-year-old Alan J. Marantos pled guilty to the murder of 52-year-old Brian K. Kirby. A missing persons investigation into Kirby’s disappearance was started in March 2020. That began what authorities called the largest land/air and water search in Jennings County history. Partial remains were recovered and identified as the missing man.

Marantos was identified early in the investigation as a suspect and he was arrested on unrelated charges in April of 2020.

Investigators say that Marantos, Kirby and three other people were at a home in Country Squire Lakes when Marantos beat Kirby to death. He then allegedly took Kirby’s body to a home on Chatsworth Lane in Country Squire Lakes, where he burned Kirby’s remains over the course of several days. The ashes and remains were then disposed of in several different locations in western Jennings County.