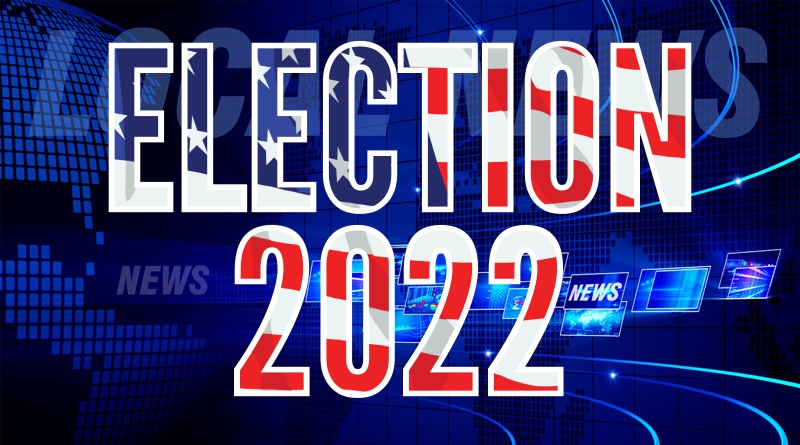 Bartholomew County Clerk Shari Lentz said that as of earlier this afternoon, just under 5,900 people had cast their ballots. All of the vote centers are reporting heavy turnout, with St Johns Masonic Lodge, Flintwood Wesleyan Church, Nexus Park and Terrace Lake Church experiencing the heaviest.

You can find a complete list of polling locations below.

The polls are open from 6 a.m. to 6 p.m. in Indiana today for the midterm elections.

Hoosiers are deciding who will represent them in the U.S. House, the state House and Senate, all the way down to township advisory boards.

One U.S. Senate seat is up for grabs and the Indiana secretary of state, treasurer, and auditor are all being elected today.

While there are many contested races on today’s ballot in Bartholomew County, some local Republicans have already won their races.

Among those with no challengers in today’s election are Circuit Court Judge Kelly Benjamin, Prosecutor Lindsey Holden-Kay, Sheriff Chris Lane and Assessor Ginny Whipple. Holden-Kay and Lane are both running for the first time, with previous prosecutor Bill Nash and Sheriff Matt Myers leaving office.

You can vote at any of the 13 voting centers in Bartholomew County. You can find a complete list of polling locations below. 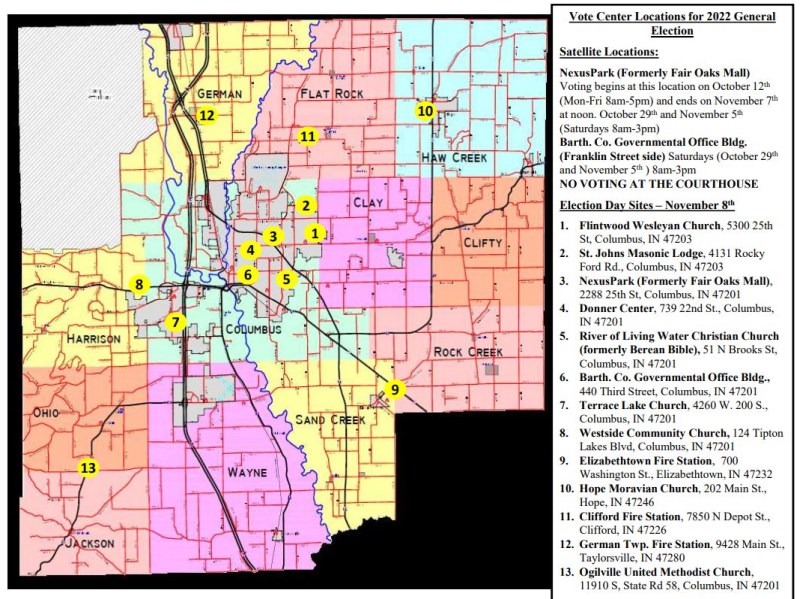 While the midterm elections are today, speculation about the next presidential election is already ramping up.

Former Vice President and Columbus native Mike Pence is among those reportedly considering a run for the White House in 2024 and he’s going to sit down with ABC News for an interview. It’ll air next Monday.

Pence could be on a collision course with his old boss, Donald Trump. The former President is teasing a big announcement that he says is coming next week. While campaigning for Republicans in Ohio on Monday, Trump noted he’ll deliver the news at his Mar-a-Lago estate in Florida on November 15th.

Our news-gathering partners at TTWN Media Networks Inc. contributed to this article.