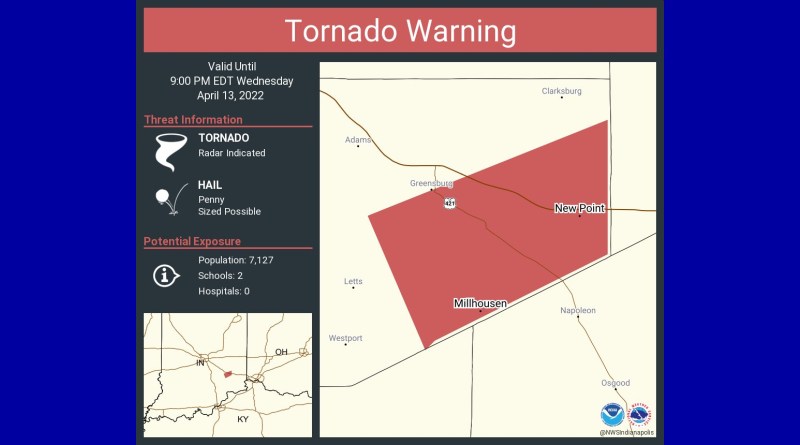 Forecasters yesterday confirmed that an EF-0 tornado touched down in Decatur County. The National Weather Service says the tornado was on the ground for about two minutes, and hit about three miles west of Millhousen. No one was hurt.

Forecasters say the tornado was 25-feet wide and had a maximum speed of 84 miles per hour.

Reported damage included a lean-to roof and wall on the east side of a farm outbuilding being demolished. Sheet metal roofing and wood were thrown between 200 and 400 yards to the north and north-northwest and a 2×4 was driven into the ground about 20 yards north of the damaged building. A small horse trailer was also picked up and thrown on the north side of County Road 800S.