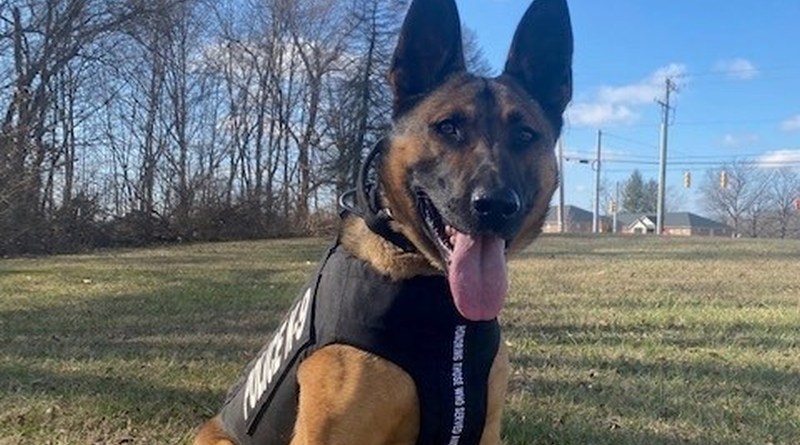 Rando’s vest is embroidered with the phrase “Honoring those who served and sacrificed.”

The organization was founded in 2009 and provides the vests to dogs working in police and other agencies. Vested Interest in K9s has provided over 4,800 vests to K9s in all 50 states.

The custom-fitted armor weighs about 5 pounds and is valued at between $1700 and $2300 dollars. The agency accepts donation and $960 will sponsor one vest.

The program is open to U.S. police dogs that are at least 20 months old and actively employed and certified with law enforcement or related agencies. Dogs with expired vests are also eligible to participate.

You can get more information at www.vik9s.org