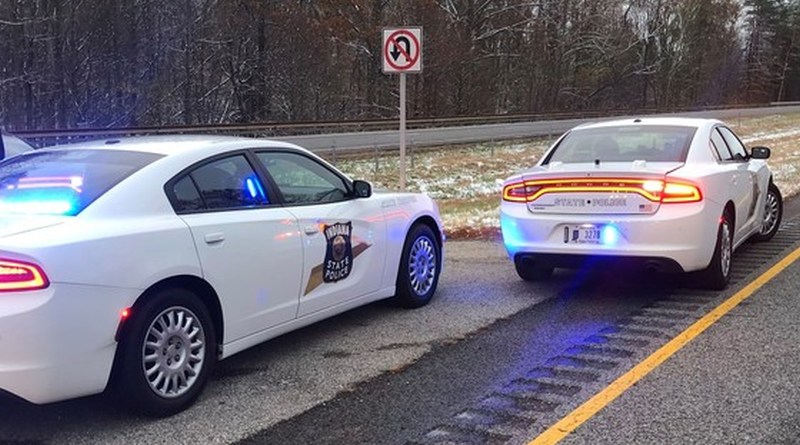 A chase that started in Seymour and led through three counties ended in the arrest of two suspects on Saturday afternoon, but not before a state trooper fired a shot at the vehicle.

According to Indiana State Police reports, Seymour officers were called to the Home Depot at about 3 p.m. Saturday after an attempted theft was reported. Police arrived to find the suspects fleeing in a U-Haul box truck. Police tried to stop the vehicle, but instead the driver got onto Interstate 65, fleeing southbound through Jackson County.

In southern Jackson County, the driver crossed over the median and began driving southbound in the northbound lanes, according to troopers. A state trooper tried to lay stop sticks to deflate the vehicle’s tires in Scott County, but the driver swerved toward the trooper, who drew his weapon and fired a shot at the vehicle. Police say no one was hit by the gunfire.

The vehicle eventually came to a stop in Clark County where the driver, 36 year old Chance L. Money and a passenger 35 year old Jessica N. Holliday, both of New Albany, were taken into custody. Marijuana and drug paraphernalia were also located in the truck.

Money and Holliday were both wanted on felony warrants out of Clark County. Holliday also had a protection order against Money at the time of the incident.