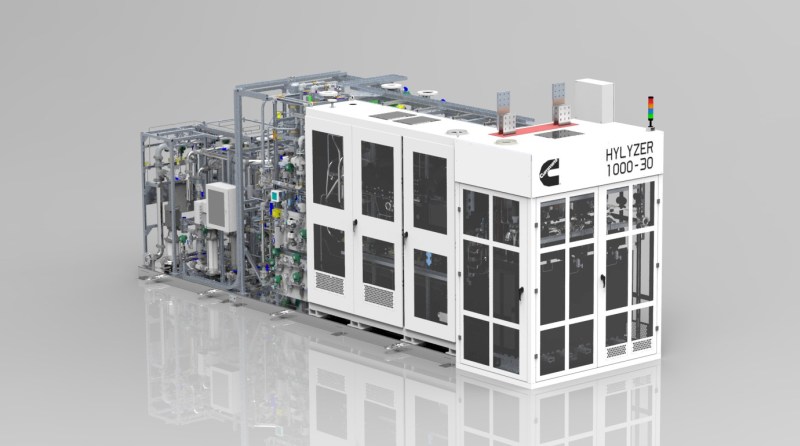 Cummins is announcing plans to begin production of electrolyzers in the United States.

The Columbus based engine manufacturer plans to dedicate 89,000 square feet of is plant in Minnesota to produce the machines, which separate water into it components, hydrogen and oxygen. The company plans to use renewable electricity to power the devices, essentially making the end result – hydrogen produced through carbon free processes.

The hydrogen can be stored as a compressed gas or a liquid and used as a clean power source, helping to de-carbonize markets such as such as for heavy-duty transportation and industrial uses.

The company has also announced plans to produce electrolyzers in Belgium, Canada, Spain and China. Each of the facilities will start at 500MW of manufacturing capacity, scalable up to 1 Gigawatt.