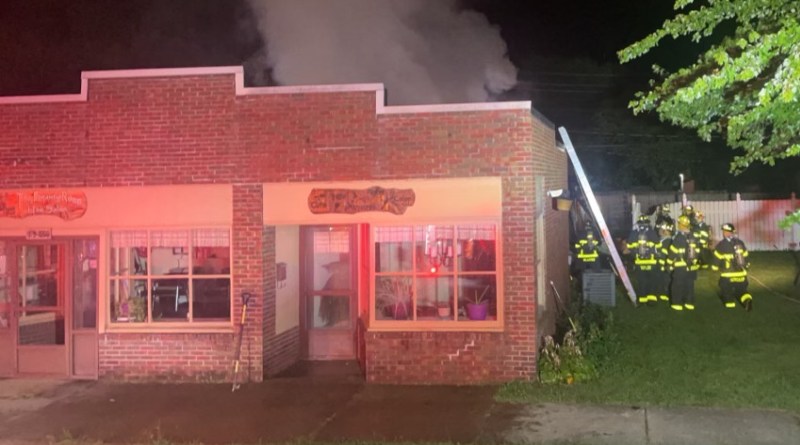 According to reports from the Columbus Fire Department, firefighters were called to the 800 block of 12th Street about 12:17 a.m. Tuesday morning for a fire behind a business.

When firefighters got on scene, they found a detached garage was showing heavy fire and had spread to two nearby privacy fences. Heat from the fire was also causing damage to the vinyl siding of a nearby building.

Firefighters streamed water onto the fire and onto neighboring businesses to keep the fire from extending. Materials inside the garage were already burning and the garage showed structural instability so firefighters were not able to go inside. The walls of the garage and the roof collapsed.

Firefighters say the building and its contents were a total loss. Damages are estimated at $30,000. No injuries were reported.