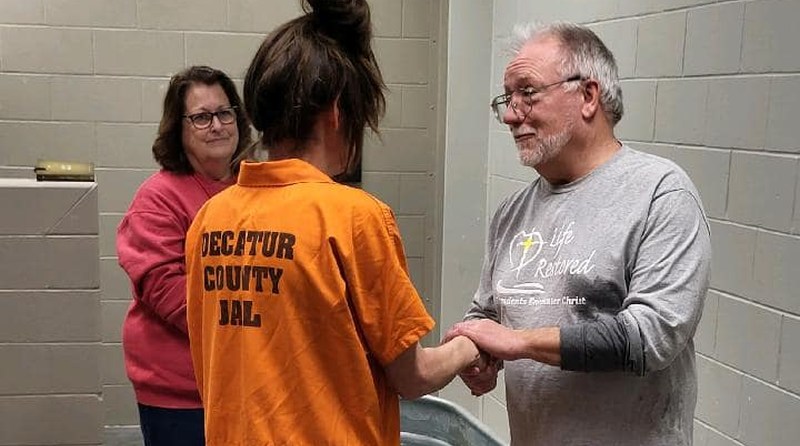 A nationwide group is protesting a progam by the Decatur County Sheriff’s Department to offer baptistms in the county jail.

The Freedom From Religion Foundation announced today that it was calling on Sheriff Dave Durant to stop the ceremonies, calling it a violation of the First Amendment. The issue came up when photos were posted to the sheriff’s department’s social media in December, showing inmates being baptized inside the jail, saying “nearly 300 men and women have given their life to Jesus Christ while incarcerated at the Decatur County Detention Center. All glory to GOD!”

According to a foundation attorney, the government is prohibited from taking action that advances, shows preference for, or coerces individuals to participate in religion. The group said that the sheriff was opening the department up to legal action to stop the ceremonies.